Niurka Sodupe began playing tennis when she was 5 years old. She was coached by world renowned tennis legend Pancho Segura. She trained at the world famous Nick Bollettieri Tennis Academy among the likes of Andre Agassi, Jim Courier and Monica Seles. In 1984, as a 14 year old junior, she was ranked number 7 in the ITF junior rankings. After reaching the finals of the Junior U.S. Open in 1984, she was invited to compete in the Olympic trials. That year, tennis was going to be

Friends of Miami Tennis receives grant from The Miami Foundation 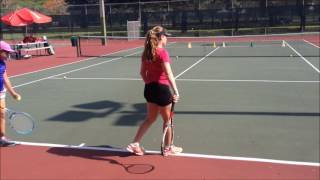 Join our Summer Tennis Camp and be part of the fun!